Alaska in not only famous for its bears and moose, it has also vast caribou herds, Dall sheep and mountain goats. Large number of black and brown bears are scattered in some areas of Alaska. Black tailed deer, wolves and waterfowls are also abundant in the Alaskan wilderness. The Alaska hunting grounds is one of the top hunting grounds in the United States. Alaska is truly a hunter’s haven. The Alaskan season usually starts on August and ends on October. However, hunting season on some areas in Alaska continues until the winter months. 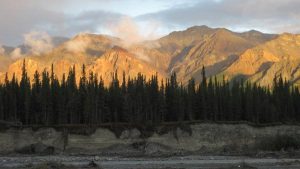 Alaska hunting and fishing trips can be rewarding, although not all hunters share the same fate. Alaskan opportunities vary, depending on the region you are in. The general Alaska hunting season is usually open to an unlimited number of hunters. Hunters are needed to have a hunting license in Alaska. Some areas in Alaska are located along its road system. On the other hand, some hunters need to be transported by aircraft or boat to some remote Alaska hunting areas.

For areas that are available for hunting and to learn the Federal hunting regulations, go and inquire at the Alaska Public Lands Information Centers. Non-residents must obtain hunting licenses and tags, which are also available from sporting goods retailers and stores.

All About Alaska Hunting was last modified: December 11th, 2015 by Peter Larsen