Brown bear hunting is an experience to look forward to. Careful planning, learning about brown bears, and getting the proper gear will make your experience a true treasure. 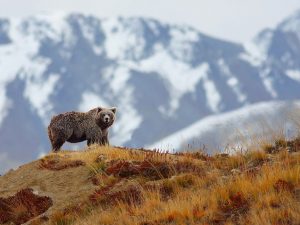 Brown bears live mainly in the western part of North America, and into Alaska. They prefer semi-open areas and the mountains. Knowing this, when you go hunting, make sure you have all the proper equipment for this type of terrain.

Brown bears are generally brown, however they can be other shades as well, from cinnamon in color to even black or blond. Brown bears are distinguishable by their size and also by their face which is concaved a little. They have an enormous paw size at 5.9 inches in size. They are larger than grizzlies.

Before you go hunting for brown bears, have the proper paperwork ready, in case you are crossing the borders between Canada and the United States. You will need your passport, hunting license, gun permits, and if you do end up bear hunting in Canada, you will need to register your guns with Canadian Customs. By law, there are no handguns allowed in Canada. It seems like a lot of paperwork just to go on a brown bear hunt, however if you want to be able to return home with your spoils and charged with poaching or illegal possession of weapons, it is best to have those pieces of paper handy.

Brown bears use their massive paws for digging. However, they are dangerous weapons, too. One heavy blow to a moose head and the hulking animal is dead. You do not want close contact when brown bear hunting as the victim of a blow such as that could be you or your hunting partner.

Despite their size, brown bears can reach up to 35 miles per hour quickly. This speed allows them suddenly to charge their opponent. This will knock you down and give the bear the opportunity to kill you. They are also capable of running at full speed for several miles without resting.

There are roughly 200,000 brown bears in the world, with the majority of them living in Russia. Ninety-five percent of the 32,500 living in the United States are in Alaska. This means, you are probably going to go Alaskan brown bear hunting. They are primarily nocturnal during the summer, which is when they put on their weight. They do not fully hibernate in the winter, and can be woken easily. They prefer to nest in caves and crevices.

Although hunting a brown bear is illegal in some regions, hunters will find paradise in Alaska. Alaska offers a full scope of experiences in hunting, from deer and moose to caribou, from mountain goats to muskox, from waterfowl to ptarmigan, and from wolves to grizzly bears and brown bears.

Alaska’s diverse geographic areas offer adventure for everyone, including mountains and rolling hills, vast spaces of treeless tundra and valleys covered with forests. The landscape and climate conditions provide a variety of big game. The southeast part of Alaska consists of numerous treed mountainous islands and mainland along the coast and is well-known for brown bear hunting. The foremost hunting trophies here are on brown and black bears, black-tailed deer and wolves, and mountain goats and moose. Most hunting trips are guided hunting mostly done by boat, and the most well-known spots are on the islands in the central part of the area.

Admiralty Island in Southeastern Alaska is famously believed to be the brown bear hunting Mecca, although there are other islands of GMU 4 that also have exceptional bear populations. Recent years have shown that sports harvests have been divided with forty percent coming from Admiralty, forty percent from Chichagof, and the rest from Kruzof and Baranof islands.

Brown bear hunting in these areas is very much popular and has nearly one thousand registrations permits being issued yearly for GMU 4. Brown bear hunting in the general season is open to unlimited number of hunters and a harvest ticket is needed. These harvest tickets are available at no cost where hunting licenses are sold. Big game tags for the species that is being hunted is needed for non-residents. Some of the smaller remote rural areas may not have licenses available or vendors may run out of harvest tickets, but always be sure to buy your license, game tags, and harvest tickets before leaving home. Some extra fees for big game tags and about $85 for the basic non-resident hunting license are some of the costs involve. The day and month that a bear is killed must be marked on the registration permit before leaving the kill site. Hunters who have obtained registration permits for bear must fill out and return the permit report even if they have not hunted.

For non-residents who are going on hunts, they must be accompanied by a registered Alaskan guide or must hunt with close relatives within the second-degree relatives who are Alaskan residents. The best guides for brown bear hunting delivers eighty to hundred percent for most big game species, plus they are familiar with their areas and own equipments that an average hunter may not want to buy for one time use. A guide’s expertise and equipment however, does not come cheap, although amount may vary from guide to guide, expect to spend $8000 to $12000 for a decent day of hunting. 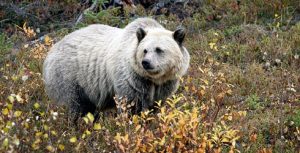 Brown bear hunting can be a fulfilling sport for lovers of hunting, just make sure that you are aware of all the hunting guidelines and regulations when you go on a hunting trip, and of course do not forget to pack a first-aid and survival kits as well as bear repellents.