Of all the types of hunting there is, deer hunting is one of the most popular. Deer are, for the most part, an abundant source throughout the United States. Because their behavior can vary depending on certain factors such as weather, time of day or even mating season, they are often considered to be quite an appropriate challenge for hunters. 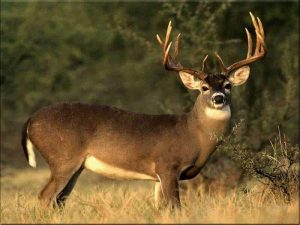 A hunter has to know how each factor working alone, together or in a combination will affect the hunt. With deer hunting, one can opt for the use of a rifle or bow and arrow. As long as one is adhering to rules and regulations of the season, hunting can occur on either private or public hunting grounds.

Deer are known to be nocturnal animals. Because they travel to and from feeding areas moments before sunrise and sunset, hunters are often given thirty minutes before dawn and after dusk to hunt. As with other animals, the moon will also have an affect of the movement of deer.

When deer hunting, the seasoned hunter knows that a successful hunt often relies on planning accordingly. It is necessary to know not only what time the sun will rise and set but the moon cycles and how it will affect the days activities. Those who tend to go deer hunting when it is only convenient for them often end up frustrated at their lack of results.

Even those who do not hunt know that deer are super sensitive animals and their innate sense of danger can have them moving at the tip of a hat. Aside from the need for food, the sound of wind, rain and even falling snow will put deer on the move. Despite camouflage and a number of other tricks, deer still tend to easily catch the scent of nearby hunters during hunting season.

When deer hunting, the use of deer stands, a type of platform securely set in a tree, is often a first choice for hunters. This puts hunters up and over an area giving them a good view of the surrounding location they are hunting.

Many take to deer hunting during the fall mating season. It is during this time that deer behavior is most erratic and incautious. As many have found, this month long period is not only extremely active, it is not uncommon to see bucks and does out in the very middle of the day. During other times of the year, the middle of the day is a rest period for deer that have been out foraging all night long. The chance for a successful hunt increases during this time and it is not uncommon for hunters to take advantage of it.