Dove hunting is a skill that some hunters have, and most do not. Having the best dove hunting dogs in the world will not matter if there are no doves around or that the strategy being applied eventually seems worthless. Looking at where the doves are coming from in two or three good spots, find out when they will arrive to their hunting grounds, and where they will feed are very important hunting strategies that most hunters pay no attention to. Dove hunting dogs are an asset, but the hunter needs to lay the field out for his dog to do its work. 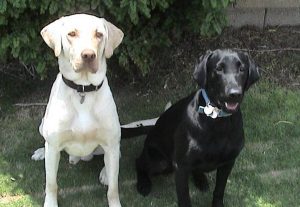 The best dove hunting dogs are those with gentle mouths, and it you think that is not important think again. I used to have a black Labrador who very gently, behind my back, took a raw egg off the table as I was baking cookies, and carried it around for two hours before I noticed what he was doing. Not a scratch on the egg, and he had carried it around like a newborn baby.

Anyway, just because a favorite hunting dog is good at the field trial games does not necessary mean it is best as dove hunting dogs. Hunters are avid over this subject, and words get heatedly slung around like “breed superiority” and “forced retrieve training.” A good example is an article in the Quail Unlimited Magazine, Jan/Feb 2002, regarding standards for hunting dogs.

Something new that has developed in dove hunting dogs are the small Boykin Spaniels, which are becoming quite popular in the South for dove hunting. These dove hunting dogs are known for working closer than the Brittany or Labs, in a more relaxed way than the upland dogs who are also known as dove hunting dogs, and are small in size for a house pet. In addition, this popular small spaniel also could work upland game like pheasants, quail, and grouse.

The history of these little dove hunting dogs did not originate hunting dove, but of a turkey hunting dog that was small enough to find a wild turkey, and then flush it out along with the whole flock of turkeys at the same time which of course, did not set well with the hunters. This dog was not appreciated for its hunting talents until many years later, when intelligent hunters began to foresee that his little dog could do better at hunting something besides the turkeys which had so carefully ruined their reputation as a hunter.

Beginning with upland waterfowl hunting, the small dove hunting dogs fit well into small watercraft canoes or john-boats better than the larger Labs or Retrievers by about 40 pounds of difference, a discovered feat by the low country hunters after a few upsets in the water. Over the past years, the Boykin has re-merged as a high-quality hunter as top quality and unsurpassed dove hunting dogs and upland game birds, with its head held high.