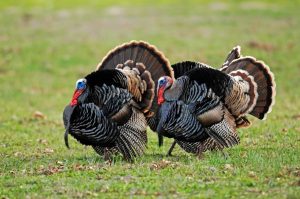 One of the often overlooked types of birds used for hunting is big bird hunting. This refers to the larger birds that can be hunted. One of the most popular birds for hunting is the turkey. This is especially the case during the Thanksgiving season. People like to hunt for their own turkey. This makes an already special occasion something to remember.

When  hunting a big bird, there are some safety considerations to think of. Most people don’t consider birds dangerous. They normally aren’t when they are small like a duck. When they get bigger, they can often be very aggressive. Turkeys and Canadian Geese are some of the most aggressive birds around. Not only are they aggressive, but they are also big enough to fear if you happen to get one angry. Although they can’t kill humans, these types of big birds can still do some substantial damage by using their sharp beaks as weapons.

When going big bird hunting, keep this in mind. If you shoot one of the birds, make sure it’s dead before going up to it. It may only be stunned. If so, picking it up might cause it to wake up and start panicking. If it panics, watch out. Although this type of situation rarely happens, you should still be wary. Too often hunters forget the danger big game birds pose, and get to cocky and confident. Those are the people who receive the most damage from birds. 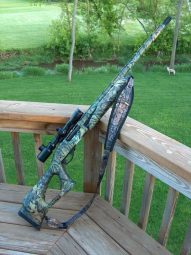 Because most big games are used for eating purposes, your choice of gun is very important when hunting for big birds. If you plan to eat the bird, you’ll want to use a gun that shoots one bullet that can be easily recovered from the flesh of the animal. If you use something like a shotgun, where it shoots out a lot of small pellets, it will be hard to get out all the metal out of the bird. In this case you and your guests may bite into a metal piece while eating the bird. This isn’t good. Only use shotguns if you don’t plan on actually eating the bird.

If you plan on going big bird hunting, keep these points in mind. You should be wary of larger birds because there is a small risk of injury, and you should also use something other than a shot gun if you plan to eat it.