There comes a time when a hunter might get carried away once he’s in the midst of the hunt. Lacking any sense of self-control, the hunter might find himself in a situation that is more than he’s bargained for.

Any self and nature respecting hunter might lose his head in the thrill of excitement, but that’s no excuse and may cause accidents that could injure himself, as well as others. 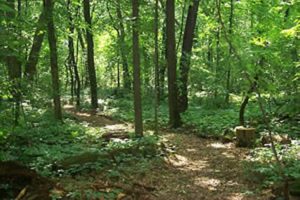 In many stories about hunters and their exploits in the forest, a lot have admitted about the fever involved, and have provided some tips to combat this phase of wood fever frenzy.

Preparation is the key part for any hunter that needs bringing the bare essentials. Although it’s mostly equipment, the hunter must have the mental fortitude to not lose their heads in thinking about tagging their prize. There’s no shame in the thrill of the hunt, but to act irrationally while shooting a deer in a brutal manner is a violation that has been established in the noble sport of hunting.

Avoid the coffee, and if the hunter does feel tired, it’s best to take an entire day resting in a lodge to be prepared mentally as well as physically. A ready state of mind will invoke tactics that may have been in the books, but time-tested and proven to be successful. Who knows, a tactic revealed may be born in this day.

Alcohol and drugs is strictly prohibited as well as lighting up fires in wooded areas. In the past, smoking a deer out of its bedding area may have been an effective way, but not anymore considering the dangers of fires.

And if a hunter must act now, then he must do it. A split second decision may very well mean getting a clean kill from injuring the animal. Indecisiveness in the hunter’s part would only allow the animal to suffer more because he’s having second thoughts.

Considering the kinds of problems that people face on a daily basis, hunting is a sport and a state of mind that acts upon the basic instinct of people: the wish to kill something other than a human. Of course it may be inhumane to think that it’s all about fun and games for the immature, but to know and understand that these skills have been around since the dawn of time, hunting is to help you become aware of the way we think about things, and not just the pleasure.

Wood Fever: Hunting is a Sport and State of Mind was last modified: December 10th, 2015 by Peter Larsen